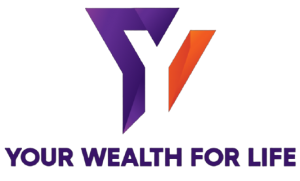 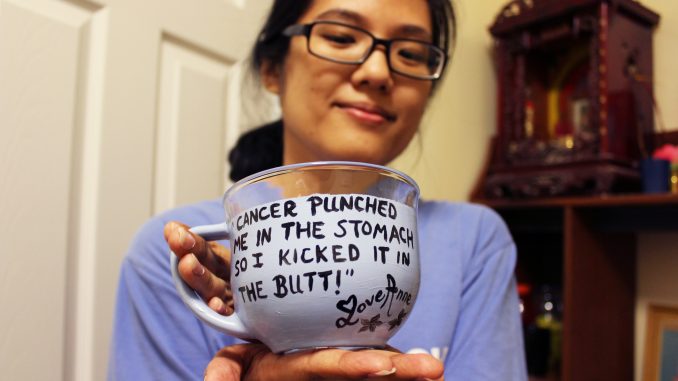 “I think food is an art,” the 2009 Temple graduate said. “It’s the only form of art [where] you can use all your senses. It looks pretty. It tastes amazing. It smells amazing. You can hear the crunch. You can touch it.”

This past January, Ha’s diet began to change drastically. She started experiencing heartburn, frequent stomachaches, cramps and a “gnawing” sensation in her stomach. Ha said symptoms vanished when she ate, but returned soon after.

She first visited Temple University Hospital in January, where doctors prescribed her acid reflux medicine. When in February she started experiencing digestive problems, she returned to her doctor.

Immediately upon arriving at the doctor’s office, Ha fainted and was rushed to the emergency room.

“They said it sounded like internal bleeding, which is weird, because that shouldn’t be happening to someone my age,” Ha said.

Ha stayed in the hospital for three days. Results from an anoscopy showed she had developed three stomach ulcers and a bacterium called Helicobacter pylori.

After Ha returned home, her father recommended the family see a second doctor, Dr. Xiaoli Ma, whose office is situated in Chinatown. On June 2, shortly after making the switch, Ha was diagnosed with stomach cancer.

“[Dr. Ma] said ‘Your stomach has a lot of bleeding, but if doctors aren’t looking for [cancer] they aren’t going to find it,’” Ha said. “In an anoscopy she always looks for it, because she knows so many people who go for checkups and everything’s fine and all the sudden it’s stage four.”

Ha had not yet reached stage one of stomach cancer.

Ha said doctors at Temple University Hospital told her there was a less than one percent chance she would develop stomach cancer.

According to the American Cancer Society, stomach cancer is more common in men in their late 60s to 80s and in Hispanic Americans, African Americans and Asian/Pacific Islanders. Though doctors aren’t sure exactly what causes stomach cancer, infection with Helicobacter pylori puts patients at a higher risk.

Ha said preservatives in East Asian food puts East Asians at a higher risk for stomach cancer, which is less common in North America. Ha’s mother, who is Vietnamese, and Ha’s father, who is Chinese, moved to Philadelphia in the 1980s.

Ha, however, has lived in Philadelphia since she was three, which should put her at less of a risk for stomach cancer.

“When I found out it was cancer, I was very surprised,” Dr. Ma said. “Because my patients’ population is more Asian, I see it more. I see it a lot in people age 60 and above. But she is 27. For her, it is really hard to pinpoint the origin. Was it the food, or was it genetic? We don’t know.”

Ha had half of her stomach surgically removed in June.

“That’s when I knew everything was going to be different,” Ha said. “Going to the bathroom is a difficulty, even now.”

A broadcast journalism major, Ha worked in Allentown for Channel 69 WFMZ from August 2010 to January 2012. Her shifts ran from 11 p.m. to 7 a.m., and as a result, she frequently ate dinner for breakfast and vice versa.

When she worked in the city for CBS3, Ha worked from 4 a.m. to noon or sometimes from 3:30 to midnight.

“I didn’t eat well, and I didn’t sleep well as a journalist,” Ha said. “No, we ate crap. … There’s nothing but like pizza and cookies and cake in the office all the time. And we will eat around the clock.”

Ha can no longer eat freely – she must monitor everything she puts in her body.

“After my surgery, I went to see a bariatric dietician who gave me a printout of what to eat, what not to eat and how much to eat,” she said. “My first two weeks it was baby food and liquid. I seriously bought Gerber’s baby food.”

Ha’s stomach currently weighs between 8 to 12 ounces – half the weight of an average empty human stomach. She must avoid foods high in sugar, as her stomach lacks the sufficient amount of acid necessary to digest large amounts of sugar.

Because Ha is undergoing chemotherapy, she is sensitive to cold food and liquid.

“If I drink something cold, it’ll feel like knives or broken glass in my throat,” Ha said. “If I touch even a soda, really quickly it’ll give me that tingly feeling. So it’s been different. My lifestyle has been different.”

In January, Ha weighed 142 pounds. Before her surgery, she weighed 125 pounds, and she currently weighs just 100 pounds.

“It sucks, because it’s fall,” Ha said. “I want pumpkin stuff. But I’m definitely conscious about what I eat now. I read all the labels. If I don’t know an ingredient, I look it up. I just feel like you should know what you put in your body, you know?”

Ha began chemotherapy, which she said has been “a bumpy ride,” a month after her surgery for preventative measures.

“You can go from tumor free to stage four in a matter of six months – it’s that aggressive, and it’s that fast,” she said.

“Some days are good; some days are bad. Mostly I smell like the chemo goes through my pores … It smells like metal, and when I eat, like just drinking plain water, it has a sweet metal taste.”

Ha remains positive despite her battle. She has go-to foods – grilled cheese and Gatorade – and enjoys eating at restaurants like Pizza Brain in Fishtown and PYT in Northern Liberties.

She said November – National Stomach Cancer Awareness Month and also her birthday month – will be exciting for her.

Through an organization called No Stomach For Cancer, Ha organized a stomach cancer awareness walk for Nov. 1. The walk will start and end at 10th and Vine streets.

Those who register for the walk, which costs $45, receive an official periwinkle T-shirt, bracelets, magnets and informational cards. All proceeds benefit No Stomach for Cancer.

Ha said she just wants people to come out and support the walk, regardless of whether or not they register. “For some people [$45] is a lot of money,” Ha said. “So I’m telling them, ‘You don’t have to register. You can just make a straight donation and wear any T-shirt you want, as long as it’s periwinkle.’”

The walk will cover a distance of about two miles. So far, Ha said around 75 people have registered, and she aims to have 100 to 150 people there.

“The goal is to raise awareness and raise funds,” Ha said. “As long as we can accomplish that, that’s all that matters.”

Ha said her family supports her decision to organize the walk.

“I think it’s been hard for my mom,” she said. “I try so hard to be positive and strong, because I don’t want to see her feel sorry for me. I’ve never wanted pity. Even when I’m in pain and struggling, I always smile for her.”

Ha said the entire experience has brought her closer to people in general.

“I think I have learned, not just of myself but of humanity, if you can put your mind to something you can totally do it,” she said.

When Ha was introduced to a 23-year-old man named Anthony who was recently diagnosed with stage 4 stomach cancer, she reached out to him.

“They told him he has six months and he’s already given up,” she said. “That was so heartbreaking.”

“I tell him every day, ‘Your body is young; you can heal yourself.’ I feel like if you just tell yourself that you’re good, you’re happy, every day you’re getting better, your body starts obeying that,” she said.

Ha said it’s important to stay positive when fighting cancer. “My doctor prescribed me so many medications, and I don’t even fill them,” she said. “I have five at home that I don’t take. I don’t take nausea medicine because I tell myself I’m not nauseous. Because its all mind over matter.”

Ha will undergo chemotherapy until January. When the treatment ends, she will be monitored closely and return to her doctor for checkups every six to 12 months.

Despite some side effects of chemotherapy, Ha said she will “still have hair” by next Sept. 27, when she plans to get married to her fiancé Tom Benson, who she met in a Chinese class at Temple.

“He has been so supportive throughout this entire thing,” Ha said. “He’s been by me every day. He sits by my bed. He’s great.”

Benson said the entire experience has been a roller coaster.

“When things like this happen, you realize how mortal you are,” Benson said. “[Ha] has done such a great job of keeping a positive attitude about it and turning something terrifying into something so cause-driven.”

In the future, Ha plans to work with people like Anthony for a living. “It doesn’t matter what kind of cancer you have, all cancers suck,” she said.

“I think I want to work in this field and help people. I don’t know if its going to be counseling or working with the American Cancer Society, but I just know I want to give hope.”

How I Know If My Brake Caliper Do is Bad?